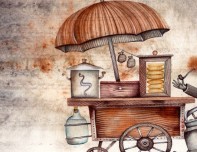 To approach writing as assemblage is to move away from correctness and ask how writing functions with and connects to other assemblages— other writings, histories, memories, places, people, ideas, and events. It is to insist that what is important is not only writing’s capacity to represent ideas precisely and accurately but more importantly, what writing does, from whence it comes, and how it reproduces. As we begin a shift away from a process model and take up writing as an assemblage, we are provided an opportunity to gain a better understanding of the necessary role that both risk and relevancy play in every act of writing, and in this process, redefine proficiency and rethink what it means to teach a first year writing course.

Underpinning this reorientation is a recognition that writing is in constant flux, pulled from and plugged into others, a multiplicity that converges with others to make new assemblages, morphing as it circulates across contexts. Critical beyond the mechanics and organization underscored in theories of writing as primarily representation is writings’ complexity, its relevancy, its contingency, and of particular importance, its “becoming” (272). To speak of “becoming” is to highlight writing’s protean quality. “Becoming” underscores change, failure, flight, and movement. In “becoming,” one piece of the assemblage is knitted into the landscape of another piece, changing its value as an element and bringing about a new kind of unity. While the process of “becoming,” may include imitation, it is primarily generative, a moment of invention, false starts, identification, redirection and articulation.

Writing as assemblage–writing to assemble is a function of influences more than resemblances—not a question of organization but of composition (255). To approach writing as an assemblage in the writing classroom is to move away from a notion of writing as a set of discrete skills and processes and rather to draw attention to the heterogeneous components that go into the production or genesis of the writing. Herein, the writer is faced with writing’s complexity, the diverse and overlapping experiences, and competing ideas that meet in and contribute to the writing space. The process of writing is one of removing a piece of writing, an event, an experience, or a memory, from its original function to bring about a new one. This opens a rhetorical pathway for engaging writing’s generative qualities, for treating the writing space as a dynamic protean dialectical space . And in so doing asks us to redefine what it means to be a proficient writer.